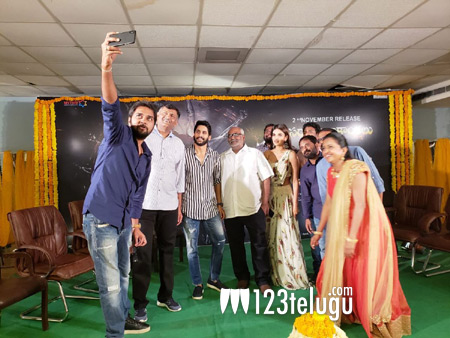 Post the mixed response to Sailajareddy Alludu, Chay Akkineni has pinned a lot of hopes on his new film Savyasachi. Till now, there was not much buzz about this project but now things have caught on well.

The entire team kick-started the official promotions today with a fun interactive session about the movie. The various songs of the film are being released one after the other and are getting decent applause.