Teaser poster of UV Concepts’ maiden film with debutants out now
Published on Mar 5, 2021 8:08 am IST 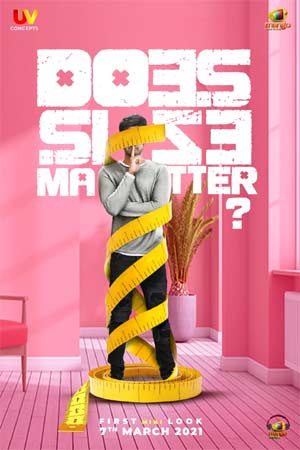 Leading Tollywood production house UV Creations has set up a new wing named UV Concepts to encourage young and aspiring actors, filmmakers, writers and other technicians who come up with exciting concept-oriented movies. UV Concepts, in association with Mango Mass Media banner, is already gearing up to release its maiden film.

The teaser poster of this as-yet-untitled film has been released this morning and the first ‘mini’ look will be out on March 7. The intriguing poster leaves the audiences guessing about its quirky concept. Noted director Merlapaka Gandhi has penned the script, while debutant Karthik Rapolu is directing the film.

Young hero Santhosh Sobhan and Bollywood starlet Kavya Thapar are the main leads. Pravin Lakkaraju is the music composer. More details will be out in a couple of days.