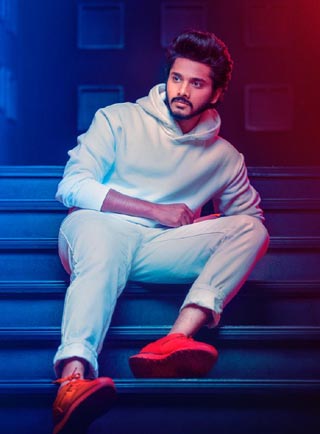 Here’s young hero Teja Sajja looking dapper in his recent photoshoot stills. Dressed in a white hoodie and white jeans, the child artiste turned hero looks like a symbol of peace. The strong blue and red righting result in a striking visual.

Teja’s maiden film as a full-fledged hero, Zombie Reddy, released earlier this year and had a successful run at the box-office. His next film, Ishq, will have its theatrical release very soon. He is also rumoured to be teaming up with Zombie Reddy director Prasanth Varma for Hanu-Man.