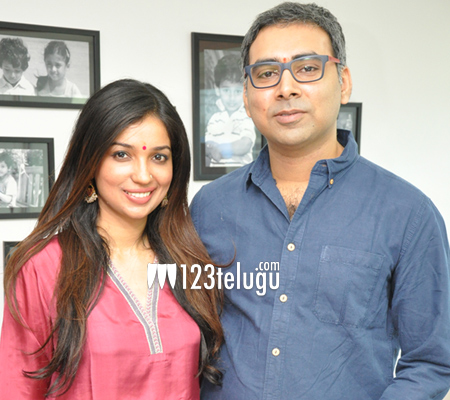 Kanika Dhillon Kovelamudi, wife of director Prakash Kovelamudi and daughter-in-law of K Raghavendra Rao, makes her Telugu debut as a script writer for ‘Size Zero’. The film was launched yesterday and has Anushka in a woman centric role. Prakash himself will direct this film which will be produced by PVP Cinema.

Kanika Dhillon is the author of the bestselling novel ‘Bombay Duck is a Fish’. She was also the head of Creative Content Division at Shah Rukh Khan’s production company Red Chillies Entertainments and NDTV Imagine. Kanika also worked as an assistant director and as a script supervisor for Shah Rukh Khan’s ‘Om Shanti Om’, ‘Billu Barber’ and ‘Ra.One’.

Apart from providing the story, Kanika has also written the screenplay for the film. It is a welcoming change to see a woman script writer in the male dominated Telugu film industry.