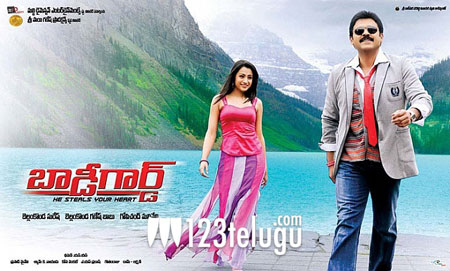 Telugu families have embraced Venkatadri wholeheartedly. We are talking about Victory Venkatesh’s character in the sankranthi offering ‘Bodyguard’. Venkatesh has played the role of Venkatadri the bodyguard in this film and he has excelled in the kind of family drama that he is famous for.

Bodyguard has been receiving a positive word of mouth from all centers and families are appreciating the clean and entertaining flick.Trisha and Saloni play the female leads. Gopichand Malineni has directed this film and Bellamkonda Suresh has produced the movie.

Both the big Sankranthi releases, Businessman and Bodyguard, have scored at the Box Office. The other interesting point is that these two heroes will be working together for the first true multi-starrer of the Telugu Film Industry in a long long time.