Telugu trailer of Vishal’s latest Tamil hit to be out shortly
Published on Oct 2, 2017 8:16 am IST 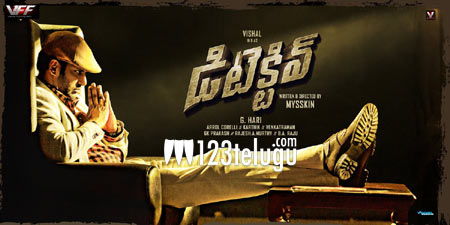 Telugu boy Vishal is a well-known star in Tamil Nadu. Apart from acting, Vishal also serves as the General Secretary of Nadigar Sangam and President of Tamil Film Producer’s Council. Vishal recently scored a decent hit in Tamil with a thriller titled Thupparivaalan.

123telugu had reported earlier that Thupparivaalan will be released in Telugu as Detective. The latest update is that Detective’s theatrical trailer will be released today evening at 7 pm. Acclaimed director Mysskin has directed the movie and Andrea Jeremiah is the film’s leading lady. Vishal himself has produced the movie.