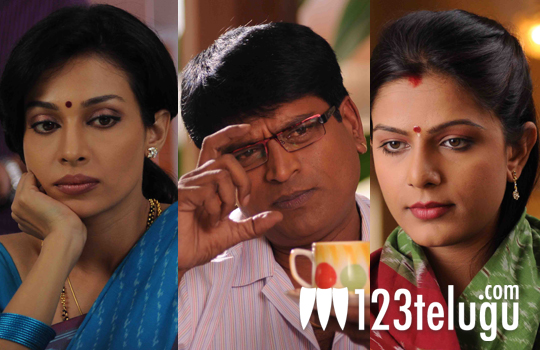 A most interesting film is currently in production in Telugu. The film has been titled ‘Akasam lo Sagam’ and the interesting part is that the principal actors in the movie are established directors of the Telugu Film Industry. Ravi Babu, Paruchuri Venkateswara Rao, Jayanth Paranji, Veeru Potla, Kasi Vishwanadh, Chandra Mahesh and Kadambari Kiran are essaying the lead roles in this movie. Flora Saini and a newcomer from Mumbai,Anjali, will be seen as female leads.

Shooting is currently going on at Shamshabad in Hyderabad and Prem Raj is directing this movie. The movie is going to be wrapped up in two schedules and the producers have informed us that a release date will be conveyed soon. Yandamuri Veerendranath penned the script for this film and Paruchuri Brothers came up with the dialogues. Music is being scored by Yaso Krishna. Let us see what impact this movie will create upon release.