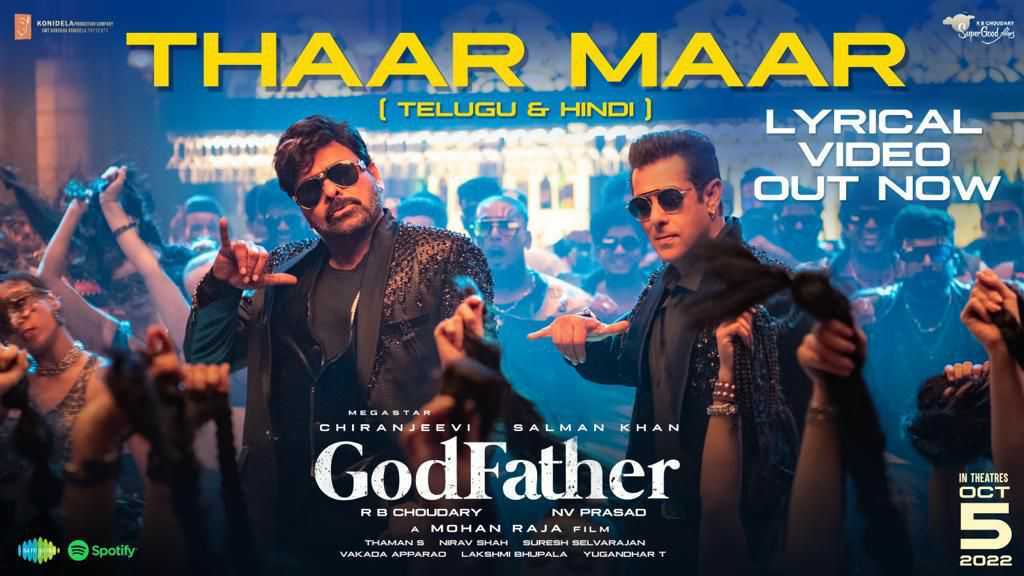 The most-awaited first single from Megastar Chiranjeevi-starrer God Father has finally been released today on YouTube. Bollywood Megastar Salman Khan is a part of this mega movie, helmed by Mohan Raja.

Popular female singer Shreya Ghoshal crooned Thaar Maar Thakkar Maar track, composed by Thaman and penned by Anantha Sriram. The best part of the song is its visuals. Watching both the Megastars in a single frame is an eye feast for the fans of the actors.

The swag-gesture step will go viral for sure. It seems the song has interesting dance moves which are not shown in the lyrical video. We need to wait until October 5, 2022, to watch the grace of Megastars on silver screens only.

Lady Superstar Nayanthara is the leading lady in the film, which also has Satya Dev, Puri Jagannadh, Sunil, and others in important roles. Konidela Production Company and Super Good Films jointly produced this film, scheduled to release in Telugu and Hindi.