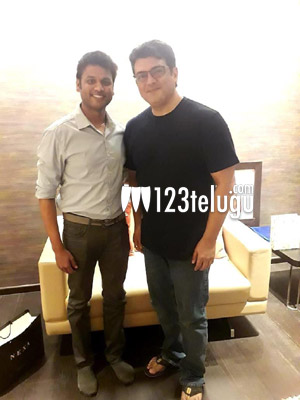 Thala Ajith is basking in the glory of his latest hit film Nerkonda Paravai which is the remake of the Hindi film Pink.

The film is produced by Boney Kapoor and the same producer will once again make a film with Ajith in Tamil and it will be a massy entertainer.

Now, the new look of Ajith with a clean shave and black hair has gone viral in the media. Seen here is Ajith with a fan and looks a million bucks.