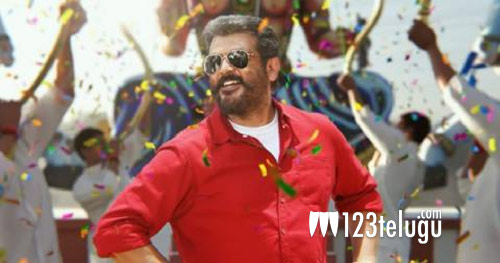 Tamil star Thala Ajith’s highly-anticipated rural drama, Viswasam, is slated for release on January 10, as a Pongal festival treat for fans. Until yesterday, even the film’s Telugu version was supposed to be released on the same day.

However, the latest updates reveal that Viswasam’s Telugu version may be postponed till the Republic Day weekend. An exact date of release will be announced very soon. Lack of enough screens across the twin Telugu states is said to be the main reason behind the delay in Viswasam’s release.

Nayanthara is the leading lady in Viswasam. Siva has directed the film and Sathya Jyothi Films banner has bankrolled it. Ajith will be seen in dual avatars in the film.