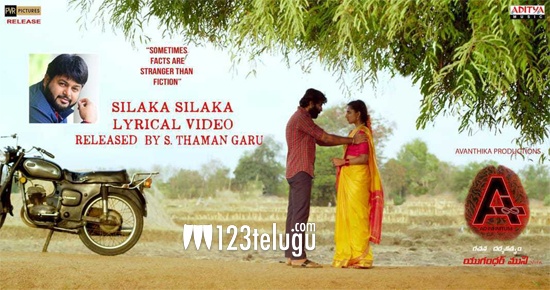 Silaka Silaka has been penned by popular lyricist Anantha Sriram and sung by Deepu. Vijay Kurakula has composed the music for this unique thriller. Congratulating the film’s team ahead of its release, Thaman said that he loved the song and asked all the movie lovers to watch the movie.

A is directed by Ugandhar Muni and produced by Geetha Minsala under Avanthika Productions banner. The film is gearing up for a grand release on March 5th through PVR Pictures.