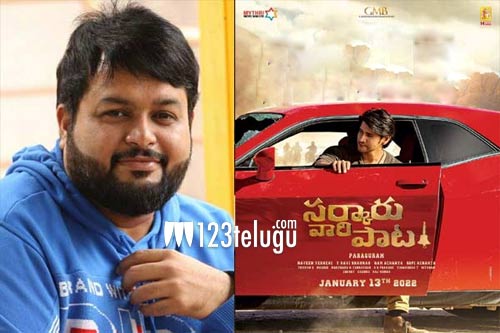 Thaman has been in fine form of late and his immediate next theatrical outing Sarkaru Vaari Paata is slated for release on the 12th of May.

With his latest social media post, Thaman has started hyping up the arrival of the new song from Sarkaru Vaari Paata album. He feels this song as “Mass song of the year”.

“Jus Saw the Final Cut. Our Dear #SuperStar Jus LIT. THE #MassSongoftheYear” Thaman tweeted a short while back.

Thaman has promised a mass feast to Mahesh Babu’s fans with the new song from Sarkaru Vaari Paata album and that is leaving Mahesh’s fans very much excited.