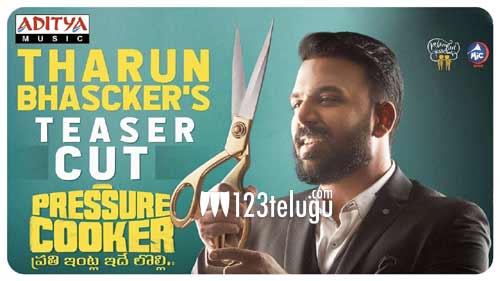 Young filmmaker Tharun Bhascker is all set to make his acting debut with Meeku Mathrame Cheptha. The film is releasing on November 1. And now, the talented director has made an interesting switch.

Tharun Bhascker has turned editor and he cut the promotional teaser for young actors Sai Ronak and Preethi Asrani’s upcoming youthful entertainer, Pressure Cooker. A short video of Tharun explaining how he has edited Pressure Cooker’s teaser was released by the film’s makers. The teaser will be out soon.