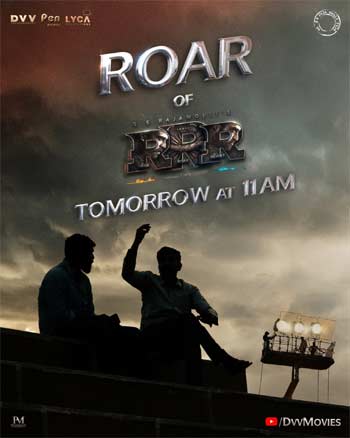 Whatever Rajamouli does becomes a huge sensation. As of now, he is busy with his magnum opus RRR. The makers will release the making video tomorrow and so many are waiting for it.

Now, the gossip in the film circles is that Rajamouli will surprise the audience by attaching the release date of the film with the making video.

Many thought that the film will be postponed to next year but the news is that the team is all set for an October 13th release as planned. So, other than the large-scale visuals, the release date is the one to watch out for.