The VFX breakdown video of the tiger attacking Bheem from RRR is speechless
Published on Aug 26, 2022 7:11 pm IST 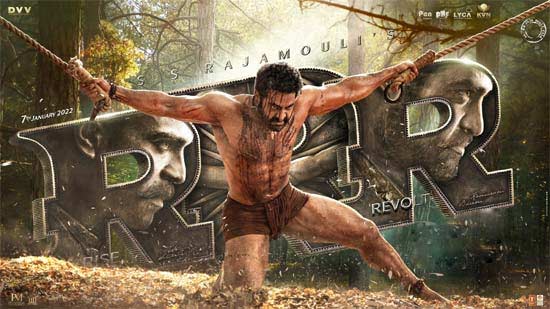 RRR is one of the biggest blockbusters in Indian cinema. Thanks to Rajamouli’s larger-than-life making and Ramcharan and NTR’s terrific performances the film is now familiar to the foreign audience as well. This film has always been in the news for some or the other reason.

Today visual effects supervisor Srinivasa Mohan released the VFX breakdown video of tiger attacking Bheem which also is Bheem’s introduction scene. The scene was one hell of an experience for every viewer. The shot where NTR looks right into the face of a tiger and roars back is just spine-chilling.

The video shows the efforts put in by Rajamouli and the team to deliver the best experience possible. Rajamouli is seen explaining the scene to the VFX team as to how the tiger struggles to move sidewards to get rid of the net and to attack Bheem. The entire video is just speechless. As soon as it was shared on Twitter, the fans started appreciating the team for their hard work.