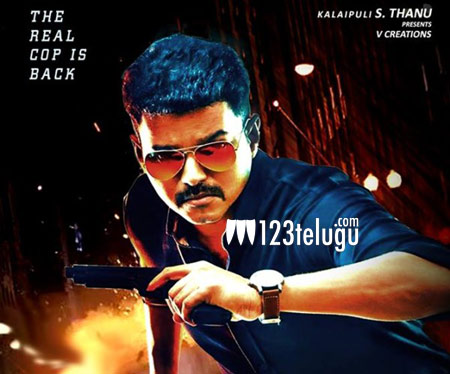 We had already reported that Dil Raju will be presenting the Telugu version of Super star Vijay’s upcoming film Theri. Latest update reveals that the Telugu title has been confirmed as Policeodu.

Directed by Atlee of Raja Rani fame, this film has Samantha and Amy Jackson as the female leads. The film is carrying a superb buzz and now with Dil Raju presenting it in Telugu, the buzz for the project has become even bigger.