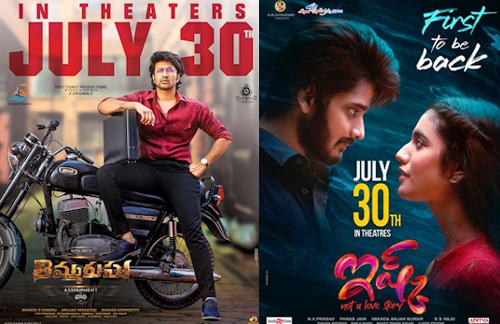 Satya Dev’s Thimmarasu and Teja Sajja’s Ishq were two of the first Telugu films to hit the silver screens post the Covid second wave. These two films are currently running in theaters.

The latest news is that both Thimmarasu and Ishq have locked their post theatrical digital streaming partners.

Thimmarasu is an investigative thriller and Ishq is a drama thriller set in love backdrop. The former features Satya Dev and Priyanka Jawalkar in the lead roles and the latter stars Teja Sajja and Priya Varrier.