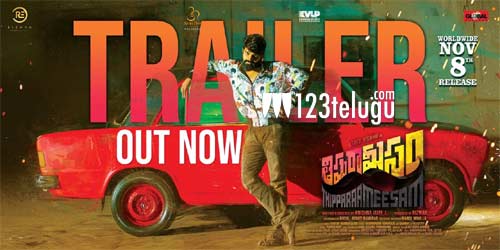 Thippara Meesam is a film that has created a decent buzz before its release as it has Sree Vishnu doing a very weird and varied role.

The trailer was released today and it looks something very different from the routine thrillers that have been coming out.

Right from Sree Vishnu’s look to his body language, everything looks different in this trailer which has some very gritty action visuals.

Directed by Krishna Vijay, this film is up for a release on the 8th of this month and for now, things look really interesting.