This statement of Amitabh will leave Allu Arjun’s fans in shock
Published on Aug 13, 2022 3:00 am IST 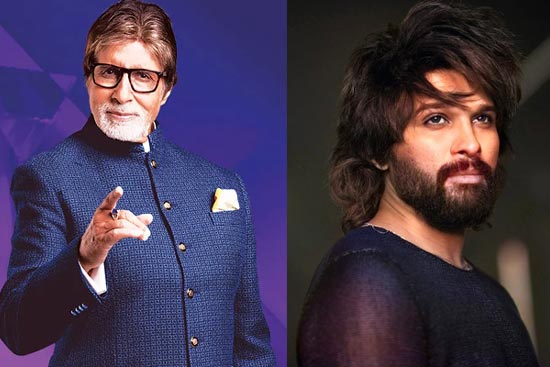 Icon star Allu Arjun’s Pushpa created a huge storm across the whole nation. Audiences were in awe of the actor’s performance and mannerisms. Srivalli song was a big hit, much thanks to the stylish slipper step.

Amitabh Bachchan who is currently hosting the Kaun Banega Crorepati season 14 revealed some interesting facts behind this step when he asked a question regarding Pushpa to the contestant.

Amitabh was also intrigued by this stylish step. While shooting in Hyderabad for a film, he asked his director if it was really choreographed or if it was a mistake. The director told Amitabh that Allu Arjun missed his slipper.

Amitabh added that the slipper came off and Allu Arjun wore it back and continued the step which became very famous and iconic. Amitabh hasn’t revealed the director’s name though. You can catch the glimpse of the same by clicking this link.