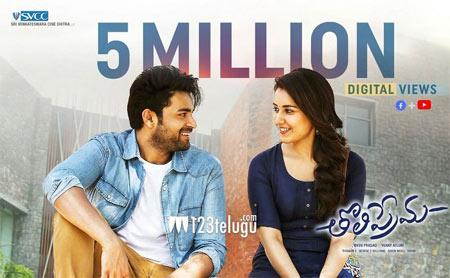 Thanks to the trailer, things have caught on quite well for Tholi Prema. The stylish trailer has clocked 5 million online views within no time and has given the film the right push to the film before the release.

Half of the credit should go to Thaman who has scored a rocking music album for the film. Raashi Khanna and Varun Tej are looking top class in this love story which is directed by Venky Atluri.

The film is nearing its release soon and the team is aggressively promoting the film all over. BVSN Prasad produces this film.