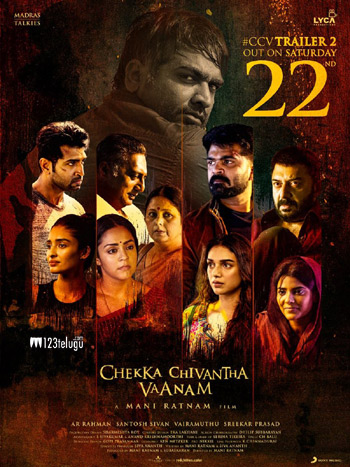 It looks like there is no stopping Nawab’s Tamil version Chekka Chivantha Vaanam in Tamil Nadu and overseas. The film has already surpassed the $700K mark in the US and is doing exceedingly well in the UAE.

And in Tamil Nadu, Chekka Chivantha Vaanam had had a thumping first weekend. In 4 days of its release, CCV grossed nearly 30 crores. This is the best ever opening weekend for a Mani Ratnam film. And with October 2 being a public holiday, the film is eyeing huge numbers tomorrow.

On the other hand, Nawab is not performing as expected. Despite getting a unanimous positive response from Telugu critics and Mani Ratnam fans, lack of an aggressive promotional campaign has affected the film’s collections to a great extent.