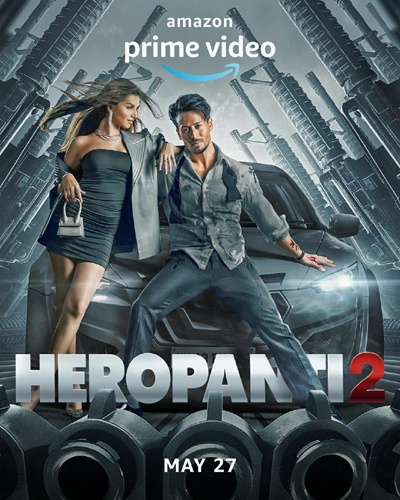 Bollywood hero Tiger Shroff’s recent release Heropanti 2 is all set to make its digital debut on Amazon Prime Video. Directed by Ahmed Khan, the movie has Tara Sutaria as the lead actress.

The action movie will be available to stream on the OTT platform Amazon Prime Video from May 27, 2022, onwards. An official announcement has also been made by the streaming giant.

Produced by Sajid Nadiadwala under the Nadiadwala Grandson Entertainment banner, the movie also has Nawazuddin Siddiqui in a pivotal role. AR Rahman has composed music for this movie.