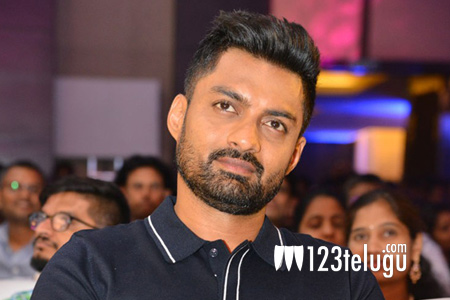 After an out-and-out mass entertainer ‘MLA’ and a romantic drama ‘Naa Nuvve’, Nandamuri Kalyanram will be seen in an action thriller later this year. Popular cinematographer KV Guhan is directing the movie. Kalyanram will be sporting a stylish new look in the film.

Now, according to the latest reports, the film’s title will be unveiled on September 13, on the auspicious occasion of Vinayaka Chavithi. A major portion of the shoot has been completed already. Nivetha Thomas and Shalini Pandey are the film’s leading ladies. East Coast Productions banner is bankrolling the movie. Stay tuned for further updates.