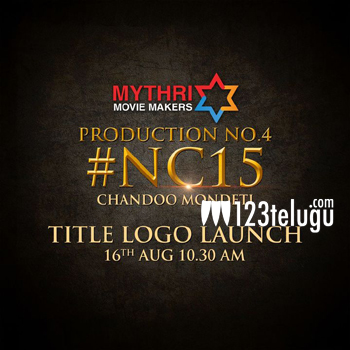 It is well-known that young hero Akkineni Naga Chaitanya is committed to doing a film with his Premam director Chandoo Mondeti. The film will be bankrolled by successful production company, Mythri Movie Makers.

Now, the latest update regarding this film is that the makers will be unveiling the film’s title logo at 10:30 am tomorrow. As this is the second film from the successful Premam combination, expectations will be quite high on the project.