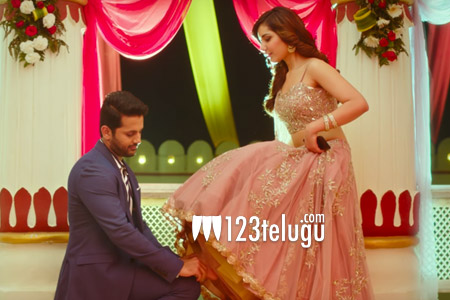 The stage is set for the grand release of Srinivasa Kalyanam which will hit the screens tomorrow. The family drama is carrying a superb talk all over and there are a lot of expectations on Dil Raju as to whether the film will recreate the magic of Shatamanam Bhavati.

The film has some of the top names in the industry doing crucial roles and a decent money has been spent on the budget of the film. Apart from this, the film’s pre-release business has been sold close to 27 to 28 crores which is huge for Nithin’s range.

The film needs to start with a very superb talk which will reflect in the openings. Also, there is some good competition from Vishwaroopam 2 and Geetha Govindam which are releasing back to back.

So, the task is cut out for Dil Raju and team to promote the film even after the release to make the film safe. For now, things look good as many from the industry who have seen the film are raving about it but the fate of Srinivasa Kalyanam is left in the hands of the audience.