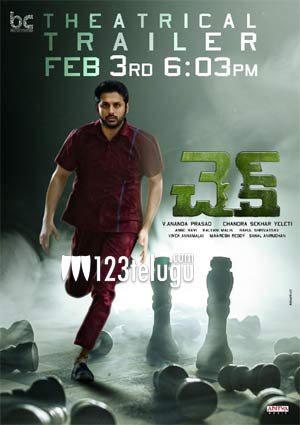 It is a known fact that hero Nithin is doing a film called Check in the direction of Chandrasekhar Yeleti. The film’s small teaser was out and won decent applause. The time now is for the big trailer.

The update is that the trailer of the film will be out on the 3rd of February in a special manner. In this film, Nithin is playing a convict who is facing a death sentence.

The shooting of this film is almost done and the makers will very soon reveal the trailer which has been cut in a special way by Yeleti as per the news. Priya Varrier and Rakul Preet play lead roles in this film.