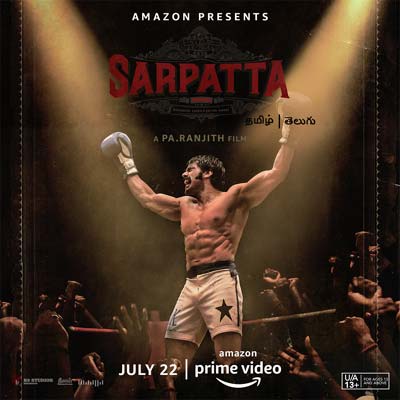 Pa Ranjith is back with his new film Sarpatta Parambarai which is a boxing drama set in Madras in the early 1970s. The trailer is out and has hit the right on social media. Arya plays the main lead and is seen in a crazy avatar in this film.

Speaking about the film at the trailer launch, Pa Ranjith said that With this film, he wanted to tell the audience that there’s so much more to Madras that they are not aware of.

The film also has stars Dushara Vijayan, John Kokken, Kalaiyarasan, Pasupathy, John Vijay, and Santosh Prathap in pivotal roles. The BGM, production values, and visuals are top-notch. The film will be out on June 22nd on Amazon Prime. For now, the trailer has hit the bull’s eye.