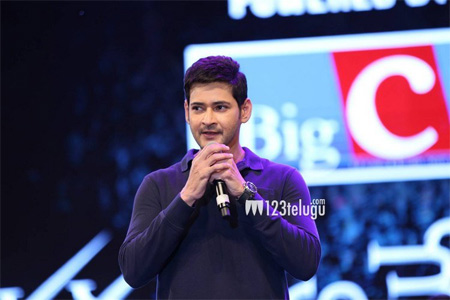 Bharat Bahiranga Sabha, the grand pre-release event of Superstar Mahesh Babu’s upcoming political thriller Bharat Ane Nenu, was an event to be remembered for a long time. More than 50,000 fans at LB Stadium and millions of people watching the event live on TV witnessed the coming together of the two top stars of this generation – Mahesh Babu and Young Tiger NTR.

Speaking at the event, Mahesh addressed the event’s chief guest NTR as his younger brother. The Superstar went on to say that the trend will change and that all the stars will start attending the events of other top stars from now on. He also said that all the star heroes are quite friendly with each other and urged all the fans to be friendly among themselves.

Talking about the movie, Mahesh said that Bharat Ane Nenu is his best film till date and thanked director Koratala Siva for coming up with such a terrific subject. He also thanked the entire team and producer Danayya for their efforts in bringing an important film.