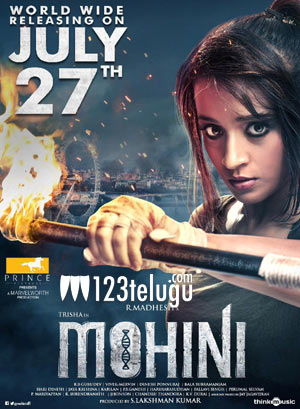 Sometime back we had reported that Trisha is busy shooting for her upcoming flick Mohini. The film completed its shoot a while back and has been waiting for its release date for quite some time now.

The latest we hear is that the makers have now decided to release the film on the 27th of this month. Trisha will be seen in a central character in this film which is directed by Madhesh.

It is yet unknown whether the film will be dubbed in Telugu and release on the same date. Watch out this space for more updates on this project.