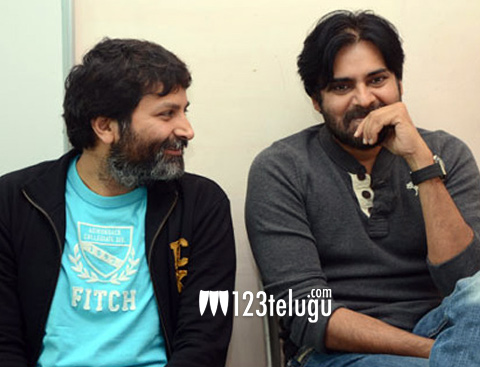 Powerstar Pawan Kalyan and Trivikram have teamed up for a new project that has reportedly been titled ‘Attarintiki Dharedhi’. Ever since the name came out into the open, fans and movie lovers have been discussing it quite keenly.

But sources close to the production team say that the title is a calculated decision taken by Trivikram Srinivas. Apparently, the movie is a family entertainer, with a good dose of comedy. Pawan Kalyan’s fans traditionally expect a lot of heroism in their hero’s characterisation and to temper their expectations a bit, Trivikram reportedly took this decision.

Whether this will be the final title is anyone’s guess. But for now, Trivikram’s strategy seems to be working. The movie is being produced by BVSN Prasad and Samantha is the heroine.