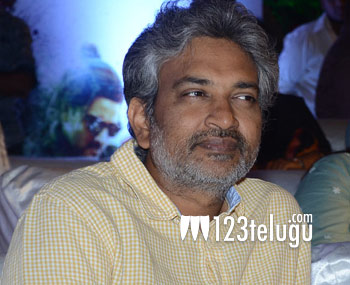 Superstar Mahesh Babu and Koratala Siva’s latest political thriller, Bharat Ane Nenu, opened this morning to a thunderous response from fans and critics alike. Glowing reviews have been pouring in since morning and fans joy knows no boundaries, as the film has been declared a huge blockbuster.

Even numero uno director Rajamouli is highly impressed with Bharat Ane Nenu. Soon after watching the movie, Rajamouli took to Twitter and heaped praises on the movie and its team. “Raising issues like Local Governance in a commercial film requires a lot of thought. Truly appreciate Koratala Siva garu and Mahesh for their conviction,” said Rajamouli.

The Baahubali maker also had some nice things to say about Mahesh’s performance. “Mahesh delivered his best performance. Casting is very good. Everyone fit in perfectly,” he said. Rajamouli went on to congratulate the film’s producer DVV Danayya and the entire team on the grand success.

Raising issues like Local Governance in a commercial film requires a lot of thought. Truly appreciate @sivakoratala garu and @urstrulyMahesh for their conviction. Press meet scene is the best amongst many good moments in #BharatAneNenu.