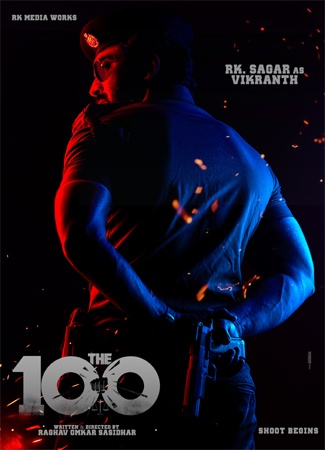 Popular TV star RK Sagar impressed his fans with his looks and performance as a lover boy in Shaadi Mubarak earlier this year. He is now coming up with an emotional action thriller. Interestingly titled ‘The 100’, the film had its official announcement through a title poster this morning.

In The 100, Sagar plays a dutiful IPS officer named Vikranth. He has developed a well-toned physique for this role. Apart from playing the main lead, Sagar is also bankrolling the project under RK Media Works banner. Debutant Raghav Omkar Sasidhar is directing the movie. The regular shoot will commence soon and more details about the cast and crew will be out soon.