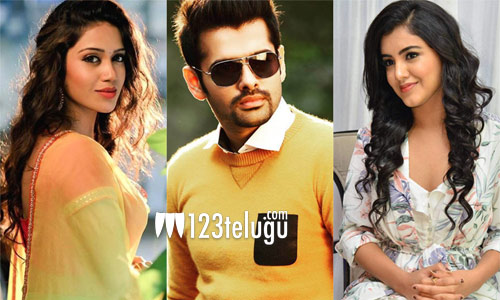 Actor Ram Pothineni who is riding high on the success of iSmart Shankar helmed by Puri Jagannadh is ready for his next. To be a remake of Tamil film Thadam, the movie will be directed by Kishore Tirumala.

It looks like the makers have zeroed in on two actresses to play the female leads. Buzz is that Nivetha Pethuraj and Malvika Sharma have been roped in to costar opposite Ram who plays a double role in the film.

The action crime thriller directed by Magizh Thirumeni was a critically acclaimed crime action thriller. Sri Sravanthi Movies will produce the film, the regular shooting of which starts from November second week.