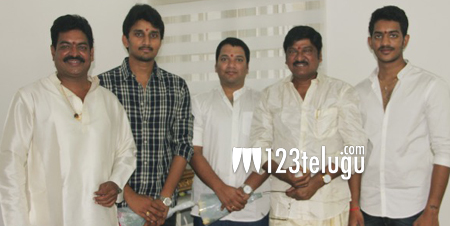 Veteran actors Rajendra Prasad and Shivaji Raja maintain good rapport between them. Currently, they are busy in handling their new positions in MAA as the president and the general secretary respectively. Both these senior actors will soon produce movies and television programs under their new production house.

Named as ‘Raja and Raja Creations’, the official launch of this new banner took place yesterday in film nagar. Speaking on the occasion, Rajendra Prasad said that he and Shivaji Raja have been in good terms over the past 30 years in the film industry. He also announced that very soon a television show in ETV will be launched under this production house.