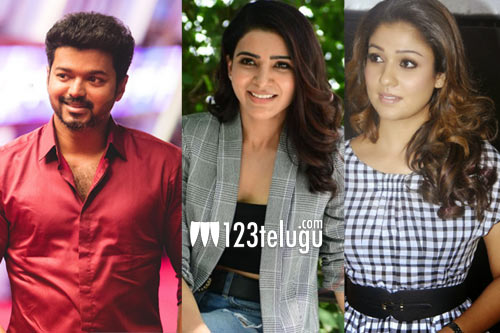 Tamil star Vijay has scored his second 200 crore film with Sarkar. Is quickly moving on to his next project with his Theri and Mersal director Atlee. the film is expected to be launched on the auspicious Pongal festival.

Now, if the latest buzz in Kollywood circles is anything to go by, Atlee is considering star heroines Nayanthara and Samantha as the leading ladies opposite Thalapathi. In the past, Vijay had romanced Nayanthara in Villu and Samantha in Theri and Mersal. It remains to be seen which among these actresses will finally bag this much awaited project.