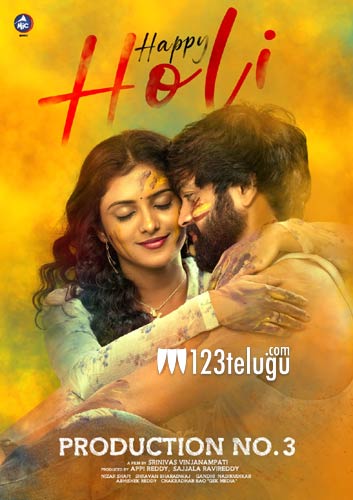 It’s been earlier reported that Bigg Boss Telugu 4 fame Sohel Ryan is making his debut as a hero with an as-yet-untitled romantic entertainer. The makers today announced that Uma Maheswara Ugraroopasya girl Roopa Koduvayur has been roped in as the film’s leading lady.

A colourful poster featuring Sohel and Roopa has also been unveiled on the eve of Holi festival. The film’s shooting began in the first week of March. Debutant Srinivas Vinjanampati is directing the movie, while Appi Reddy and Sajjala Ravi Reddy are producing it jointly. Shravan Bharadwaj is composing the music. The film will be out later this year.