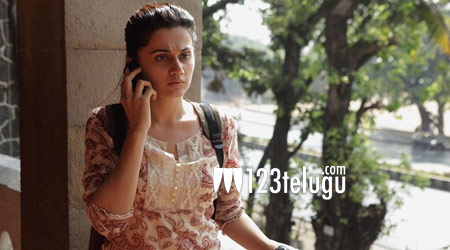 Taapsee’s forthcoming film ‘Naam Shabana’ is one of the most talked about Hindi films of the season and it’s also set to be dubbed in Telugu as ‘Nenu Shabana’. The team is going all out to promote the film which is slated for release on March 31.

As part of the film’s promotions, the film’s lead actress Taapsee and her co-star Akshay Kumar took to Twitter to share tips on self-defence, especially for women, and the video which they shared has inspired several others to imitate them. The self-defence called ‘Kohni Maar’, posted by Akshay Kumar, demonstrates how to overcome an attacker and Akshay Kumar said, “Don’t just freeze…ACT & REACT coz ur biggest weapon is with YOU! Watch, learn & show your move with #KohniMaar! Kya pata kab kaam aa jaye.”

The film narrates the backstory of Shabana, a character played by Taapsee in ‘Baby’, and it takes a look at how a normal girl turns into a spy. Shivam Nair has directed the film.