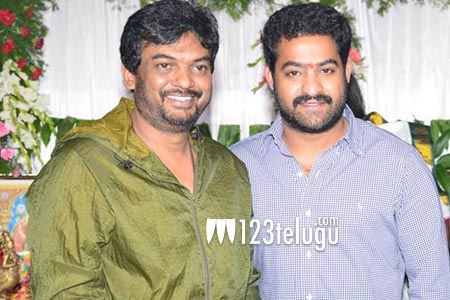 Young Tiger NTR and Puri Jagan could end up working together in the second half of this year. The movie’s story has still not been finalised and if NTR okays the script, then the film may go on floors sometime after August. The movie will be produced by BVSN Prasad.

Some titles have been making the rounds on social media but all of them are false. We have learnt from reliable sources that the film’s title has not been fixed by the team yet. The project is still in very early stages and only when the script is locked will the next steps be taken.

NTR is currently working for Janatha Garage with Koratala Shiva while Puri Jagan is going to direct NTR’s brother Kalyan Ram next.