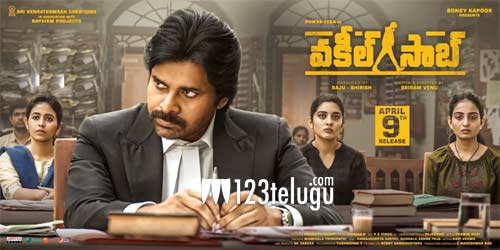 It is a known fact that Pawan Kalyan’s Vakeel Saab has opened to packed occupancy in the two Telugu states. Since the last few days, there was talk that extra shows will be added in AP and TG and the ticket prices will be hiked.

The update is that no benefit shows were allowed in AP. Also, the film will only have four shows and no extra shows will be added in the state. Also, the ticket price was not hiked.

But in Telangana, the ticket prices were hiked, benefit shows were aired and also extra shows are being added in some areas.

Vakeel Saab has opened to some good reviews and has made all the fans happy. Dil Raju produced the film and Venu Sriram directed it.