Vamsi Paidipalli confirms his next with superstar
Published on Dec 5, 2019 12:39 pm IST 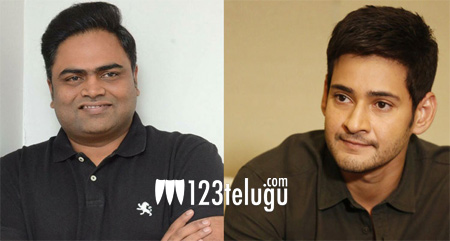 From the last few months, there has been a talk that star director, Vamsi Paidipally will be doing a film with superstar Mahesh Babu post the success of Maharshi.

Nothing was finalized till now but yesterday, Vamsi Paidipally himself confirmed the news that he will indeed direct Mahesh once again for his next film.

Vamsi revealed this news in Vizag where he went for the recce of his film. Dil Raju is said to be producing this film and an official announcement regarding this film is expected very soon.