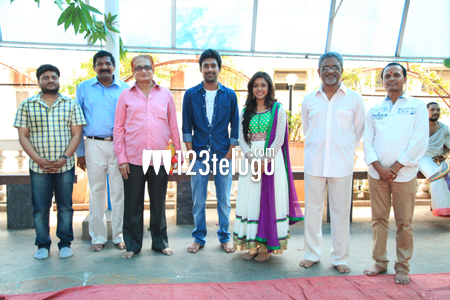 After a brief gap, young hero Varun Sandhesh is back in action. His new film which began its shooting today is titled ‘Paddanandi Premalomari’. Vithika Sheru is cast opposite Varun Sandhesh as the heroine.

The music of this film is composed by A.R. Khudhoos. Posani Krishna Murali, MS Narayana also play prominent roles in this film