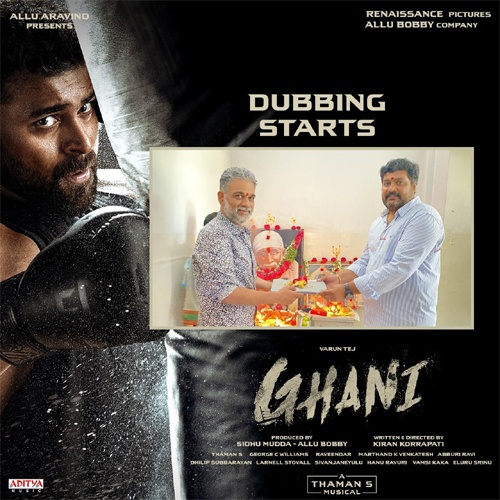 Ghani is a film that many are waiting for as it has Varun Tej in the role of a boxer for the very first time. He has worked hard on his body which is taking good shape.

The film is done with its shoot and the update is that the dubbing of the film has started today in Hyderabad. Ghani is directed by Kiran Kumar and has Saiee Manjrekar as the heroine.

The film is being produced by Sidhu Mudda and Allu Bobby under the banners of Renaissance Pictures and Allu Bobby Company. The official release date of the film will be announced soon.