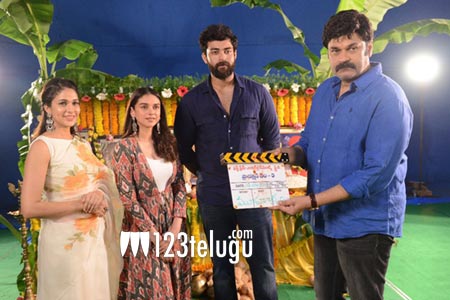 We all know that Varun Tej will be doing a film in the direction of Sankalp Reddy who made the national award winning film Ghazi. The film which is touted to be a space drama was launched a short while ago in Hyderabad.

Sankalp Reddy’s father Sahadev Veer Reddy switched on the camera, whereas Nagababu directed the first shot. The film has Lavanya Tripathi and Aditi Rao Hydari as the female lead.

Rajiv Reddy and Krish jointly produce this film which will start its shoot in a specially erected set.