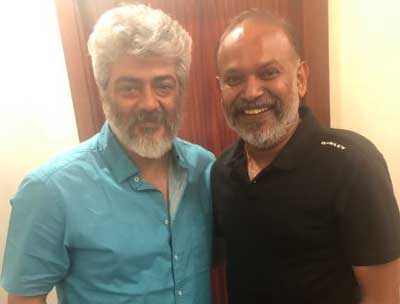 Tamil director, Venkat Prabhu, who currently has a film titled, Maanaadu with STR is expected to resume the film’s shooting soon after the lockdown restrictions are lifted.

Meanwhile, the latest buzz is that Venkat Prabhu is gearing up for a surprise announcement. As per the reports, Venkat Prabhu is likely to collaborate with his Mankatha hero Ajith for a film.

Buzz is also that Simbu will be doing a key role in this new film too. If the news turns into reality, this is going to big news for Ajith fans.