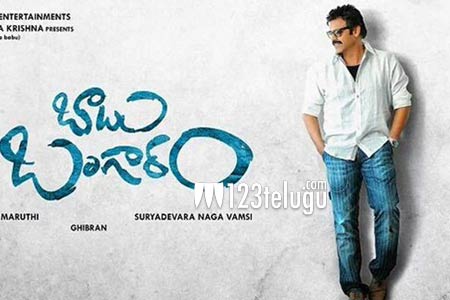 Victory Venkatesh is playing the hero’s role in Maruthi’s hilarious entertainer ‘Babu Bangaram’. The movie is in the final stages of completion and the climax was recently wrapped. Venkatesh participated in the fight sequence and these scenes have reportedly come out really well.

Maruthi is pinning his hopes on this movie as Babu Bangaram’s success can give some much needed boost to his career. While Maruthi has succeeded with a slew of small heroes until now, he is yet to prove himself with a big hero and this film could be his chance.

Nayanatara is playing the lead role in this movie. Babu Bangaram will hit the screens on July 29th.