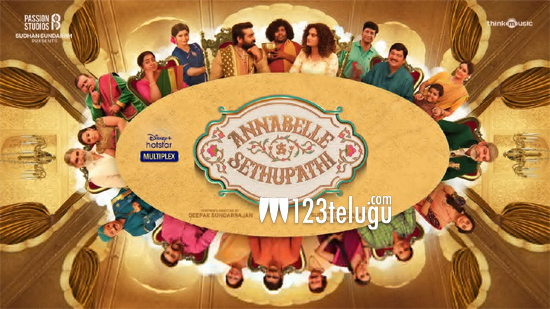 Starring Vijay Sethupathi and Tapsee in the lead roles, Annabelle Sethupathi, a fantasy drama produced by Sudhaan Sundaram and G Jayaram is up for digital premieres on the 17th of September on Disney Hotstar.

The trailer of the film was launched by Victory Venkatesh today. After watching the trailer, Venkatesh said he is impressed with what the Vijay Sethupathi and Tapsee starrer has to offer to the audience.

The Tamil version of the trailer was launched by Suriya and the Malayalam version was launched by Mohanlal. Radhika Sarathkumar, Yogi Babu, Chetan, and others play important roles in the film.