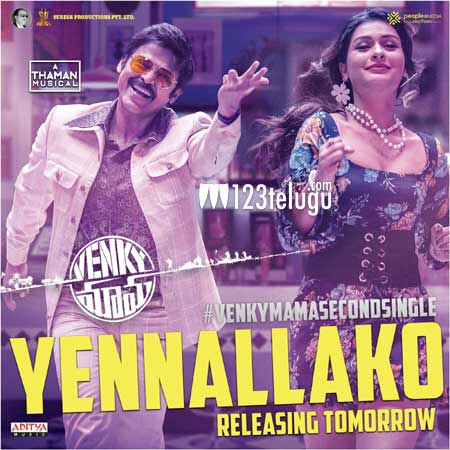 Venky Mama is a film that is creating a good buzz for itself in the last few days. The film has Venkatesh and Chay Akkineni doing lead roles.

The title song of the film has already been declared a hit and now the second song Yennallako will be out tomorrow evening.

Venky will be seen in a retro look in this song which will also feature Payal Rajput. Thaman has scored music for this film which is being directed by Bobby.