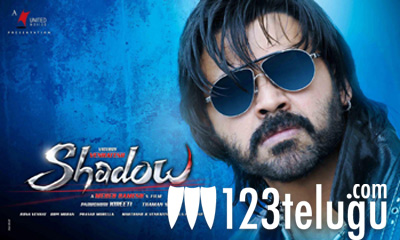 Victory Venkatesh’s action entertainer ‘Shadow’ is the most expensive solo film in Venkatesh’s career. As per the buzz in Filmnagar, the film’s budget has crossed 30 Crores! This is a huge increase over the initial estimate. Huge action sequences are extravagant foreign locations are said to be the key reasons for the cost escalation.

The movie is being produced by Paruchuri Kireeti and Meher Ramesh is the director. The film was slated for a March 28th release but it has now been postponed. A new date could be announced soon officially. Post production activities are currently underway.

Thaman has composed the music. Srikanth and Madhurima will be seen in key roles in this film.