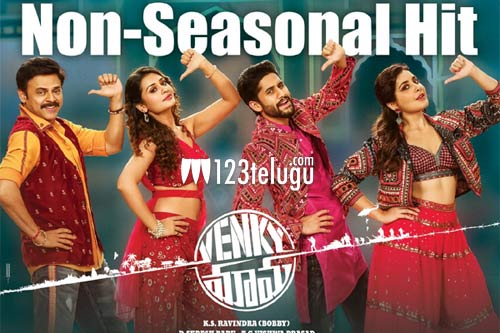 Venky Mama is a solid hit and has worked well at the box office. Irrespective of the mixed reviews, the film has pleased the audience and is still playing in many theaters after releasing on the 13th of December.

The makers have revealed that the film has made a total gross of 75 crores to date worldwide. The film had a very good January 1st as it made close 85 lakhs in both the Telugu states which is pretty good.

The film has crossed the 40 crore share mark in this process and has become one of the biggest hits in Chay and Venkatesh’s careers. Bobby directed this film which had Payal Rajput and Raashi Khanna as the female leads.