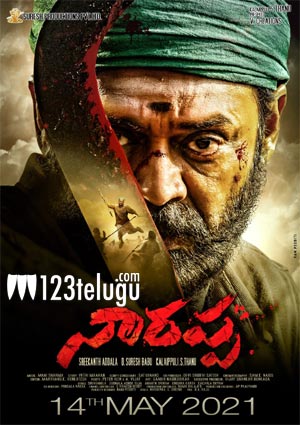 It’s now the turn of hero Venkatesh’s Narappa to lock its release date. The film’s team has announced that Narappa will be having its worldwide release on May 14. The film will eye the summer holiday advantage to rake in the moolah. Also, not many big budget movies will be releasing along with Narappa and this will work in the film’s favour.

Narappa is an official remake of the acclaimed Kollywood period revenge drama, Asuran. While Venky reprises Dhanush’s role, Priyamani has stepped into the shoes of popular Malayalam actress Manju Warrier. Sreekanth Addala is determined to bounce back to his success streak with the movie. Veteran producers Suresh Babu and Kalaipuli S Thanu are jointly bankrolling the project.